Coffeeshops are the best place to catch up with old friends, get work done, and, of course, drink coffee. But with so many menu options, choosing the best coffee beverage can be difficult.

We’re here to make that decision easier. Click on to discover the differences between Americano vs Latte and see which one is best for your palate!

What is an Americano?

An Americano is an espresso-based drink, where a shot of espresso is diluted with water.  Americanos with milk are still considered Americanos because most of the drink consists of water.

Americanos supposedly became popular during World War II when American soldiers stationed in Italy missed the drip coffee of their home country. As you may know, the Italians love their espresso. And they regularly brew it at home. But for the Americans, the flavor was too intense. To make plain espresso more palatable, they diluted its intense flavor with water.

Nowadays, Americanos are popular with people who love the unique taste of espresso but prefer a weaker coffee.

How to Make an Americano at Home?

Essentially, an americano is an espresso with hot water.

Americanos are one of the easiest espresso drinks to make at home because they do not require the addition of steamed milk. An 8-ounce Americano consists of one shot of espresso. The remaining 7 ounces of an Americano is filled with hot water. But this ratio varies from half-half to 1/3 espresso, 2/3 water. In any case, if you want to make a good Americano at home, you’ll need high-quality coffee and a solid espresso machine.

When adding in the water, there are two ways to do it:

Americanos are served stirred, without additional sweeteners. Many fans of Americanos add sugar or stevia to cut espresso’s inherent bitterness. Sometimes they’d also add in milk or cream (Americano with cream could be considered latte since hot water and cream make milk, kind of), but this is quite uncommon.

What is a latte?

A latte is a steamed milk beverage with espresso shots mixed throughout the drink and milk foam on top. Like many espresso drinks, lattes can be divided into thirds. The bottom third of a latte consists of espresso, while the top two-thirds consist of steamed milk.

In many cafes, lattes are topped with a thin layer of milk foam to add a velvety mouthfeel to the drink. Lattes are described as creamy, rich, and sweet. Compared to most other espresso drinks, lattes are the least bitter.

How to Make a Latte at Home?

Lattes are simple to make at home if you have already mastered the basics of brewing espresso. To brew a creamy 8-ounce latte, brew one shot of espresso. Using a steam wand, heat and texture 7 ounces of whole milk.

Once the milk has been texturized, it is referred to as steamed milk. The steamed milk is added to the espresso shot and allowed to mix thoroughly. Use a spoon to gently scoop a thin layer of milk foam on top of the latte and serve it with cinnamon or other toppings if desired.

Americano Vs Latte- What’s the Difference?

The most obvious difference between a latte and an Americano is the ingredients. Lattes use milk to create a rich and creamy drink while Americanos prefer to dilute their espresso shots with water. By diluting the espresso with water, Americanos more closely resemble drip coffee.

Americanos taste strong and slightly acidic. They often contain bitter notes and a bold coffee taste that coats the tongue. Although the texture is much thinner than that of a latte, Americanos have a clearer flavor.

Lattes taste creamy and rich with hints of earthy bitterness. Due to the steamed milk, lattes are often considered slightly sweet. Unlike Americanos, lattes have a thick texture and a velvety mouthfeel.

Are Americanos stronger than Lattes?

Americano and lattes contain the same ratio of espresso shots, making them equal in strength. Americanos often taste stronger than lattes because the water only dilutes espresso’s strong flavor. Lattes tend to taste weaker than Americanos although they contain the same amount of coffee.

Is There Milk in an Americano?

Americanos do not typically contain milk. Americanos are served with only two ingredients: espresso and water. Oftentimes, cafe patrons will add their own sweeteners such as stevia or sugar.

Is an Americano with Milk a Latte?

An Americano with milk is not a latte. Lattes include a significant portion of steamed milk, milk foam, and espresso. Lattes never contain water like an Americano. Adding milk to an Americano gives it a creamier taste.

Do Americanos Have More Caffeine than Lattes?

Americanos and lattes have approximately the same amount of caffeine, but it depends on how many espresso shots were added. In most cafes and coffee shops, an 8-ounce Americano or Latte contains one espresso shot. This means that both drinks contain around 63 mg of caffeine.

Latte Vs Americano: Which One is Perfect for You?

If you’re into black coffee that’s strong, go with an americano. If you’re into weaker coffee-based drinks and love different textures of your drinks, go for a latte.

People who love the taste of drip coffee but are looking to try espresso will love Americanos. Americanos showcase espresso’s bitter and strong-tasting nature in an easily palatable way.

What is the difference between an Americano Misto vs latte?

Americano Vs Latte: A Recap

Americanos contain espresso diluted with water to make its bitter taste more palatable without changing espresso’s inherent flavor notes. It is thin with a clear taste and bitter aftertaste. Americanos are popular with lovers of espresso who want a weaker coffee taste.

Lattes are espresso drinks filled with steamed milk. The hot, texturized milk gives lattes a sweet and creamy taste that cuts the bitterness of the espresso. Because of the addition of milk, lattes have a thicker consistency and a velvety mouthfeel, making them popular with cafe patrons who prefer a sweet yet rich beverage. 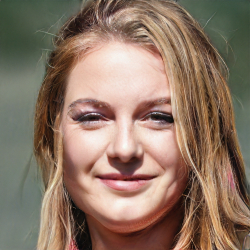 Steph
It was a fragrant, creamy, and rich Italian espresso that sparked my love for coffee. That's how I got into the coffee business, but then life happened and now I'm my own personal home barista, sharing tips, guides, and reviews on my blog. I'm thrilled you're here! My favorite coffee? Creamy, indulgent, and hot macchiato. What's yours?

Il Cappuccino Express is a participant in the Amazon Services LLC Associates Program, an affiliate advertising program designed to provide a means for sites to earn advertising fees by advertising and linking to Amazon.com. That being said, here you can only find products that I recommend and honestly believe will make your coffee journey more enjoyable! This is only a small percentage and represents no extra charge to you. Click for Full Disclosure.

We use cookies on our website to give you the most relevant experience by remembering your preferences and repeat visits. By clicking “Accept All”, you consent to the use of ALL the cookies. However, you may visit "Cookie Settings" to provide a controlled consent.
Cookie SettingsAccept All
Manage consent

This website uses cookies to improve your experience while you navigate through the website. Out of these, the cookies that are categorized as necessary are stored on your browser as they are essential for the working of basic functionalities of the website. We also use third-party cookies that help us analyze and understand how you use this website. These cookies will be stored in your browser only with your consent. You also have the option to opt-out of these cookies. But opting out of some of these cookies may affect your browsing experience.
Necessary Always Enabled
Necessary cookies are absolutely essential for the website to function properly. These cookies ensure basic functionalities and security features of the website, anonymously.
Functional
Functional cookies help to perform certain functionalities like sharing the content of the website on social media platforms, collect feedbacks, and other third-party features.
Performance
Performance cookies are used to understand and analyze the key performance indexes of the website which helps in delivering a better user experience for the visitors.
Analytics
Analytical cookies are used to understand how visitors interact with the website. These cookies help provide information on metrics the number of visitors, bounce rate, traffic source, etc.
Advertisement
Advertisement cookies are used to provide visitors with relevant ads and marketing campaigns. These cookies track visitors across websites and collect information to provide customized ads.
Others
Other uncategorized cookies are those that are being analyzed and have not been classified into a category as yet.
SAVE & ACCEPT
error: Content is protected !!